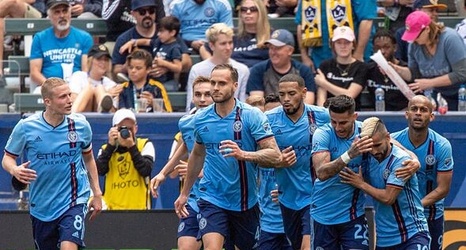 For the first time in their short history in Major League Soccer, New York City FC topped the Eastern Conference, and with it, they took the bye in the first round of the MLS Cup playoffs.

However, despite topping the Conference by six points come to the end of the regular season, they would fall at their first hurdle in the post-season. They lost to Toronto FC at home in the Conference Semifinals, as Alejandro Pozuelo scored a penalty in the final minute to send the Sky Blues out.

The club also succeeded to an extent in the U.