Nashville SC: Under the Radar? 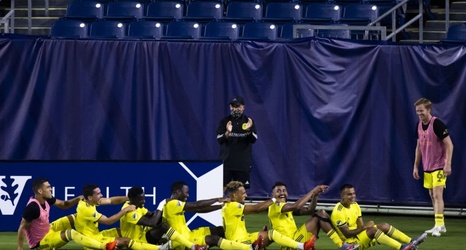 NASHVILLE, TN - AUGUST 30: Anibal Godoy #20 of Nashville SC (second from right) celebrates his goal during the second half against the Inter Miami at Nissan Stadium on August 30, 2020 in Nashville, Tennessee. Nashville defeats Miami 1-0. (Photo by Brett Carlsen/Getty Images)

The 2021 MLS season has had its fair share of big-name breakouts, compelling coaching styles, and high-profile, high-scoring matches. But none of these three superlatives make people think of Nashville SC, but should they?

Gary Smith has been criticized in the past for his defensive style of coaching. He has been previously expected to sit, defend, score on the counter, and ride every game out 1-0; a much less dynamic version of Luchi Gonzalez’s style in Dallas.