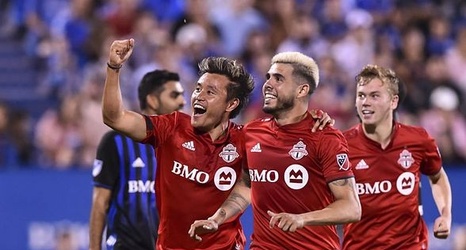 Toronto FC closed the gap between themselves and rivals Montreal Impact to four points with a deserved away win at Stade Saputo on Saturday night. Deployed in a 4-2-3-1, the Reds were clearly the superior side in the first half, controlling the play but unable to capitalize on their scoring chances.

TFC looked to stretch the Impact’s defensive ranks by substituting Tsubasa Endoh for Nick DeLeon at halftime. Greg Vanney’s plan bore fruit in the 61st minute when attacking midfielder Alejandro Pozuelo sauntered through the middle of the park before his well-placed effort got the better of Montreal keeper Evan Bush.