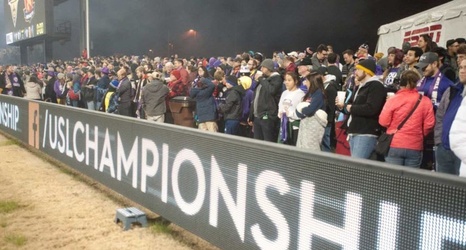 The USL is growing in popularity and also in player development. 1115desalesvscal Fb Drl19 Drl

It was another solid week in the USL Championship for MLS players with three standouts having made the league’s weekly honors.

The second division recognized its best performers this past week, with a trio hailing from MLS teams that have reserve sides in the USL Championship. Two of the players came from Atlanta United II.

Goalkeeper Alec Kann had seven saves in Atlanta United II’s 1-0 win over Louisville City this past week, earning him a spot on the ‘USL Championship Team of the Week.