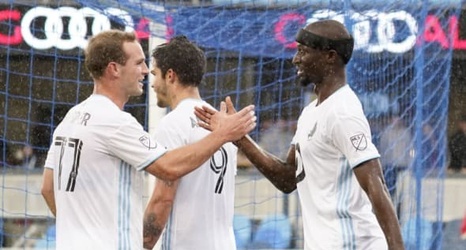 After two rounds of fixtures in the 2020 Major League Soccer campaign, there have been 74 goals, three red cards, and only four teams that hold a 100% record, with the majority of those perhaps coming as a surprise.

Atlanta United, the side that won the 2018 MLS Cup, are the team you would expect to be up there, despite losing star striker Josef Martinez to an ACL injury in their season opener. However, Minnesota United, Sporting Kansas City and Colorado Rapids would not have been among the teams chosen had experts had their choice of four sides to start with two wins, and in SKC and Minnesota’s case, in the emphatic fashion that they have done so.