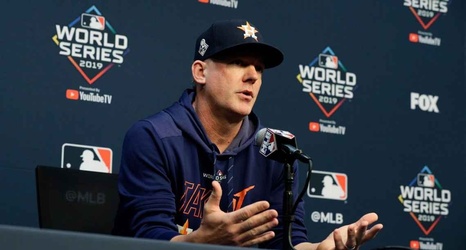 As the 2021 MLB playoffs continue, one half of the World Series is set: The Houston Astros beat the Boston Red Sox 5-0 Friday night to win the American League Championship Series and advance to their third Fall Classic in five years.

Houston won its only championship in 2017, defeating the Los Angeles Dodgers in seven games. But that season has since been clouded in scandal. Major League Baseball investigated -- and punished -- the organization for stealing signs, and the team and its core players have faced constant reminders of it ever since.