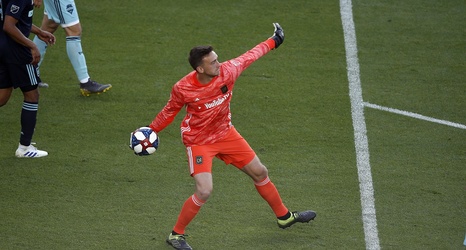 The news broke on Thursday afternoon and was confirmed within a matter of hours: Minnesota United had acquired the rights to goalkeeper Tyler Miller from Los Angeles FC in exchange for $200,000.

Goalkeeper might well have been Minnesota United’s greatest position of need. Vito Mannone was superb in 2019, eventually named MLS Goalkeeper of the Year for his performances. He played in all 34 matches for the Loons and kept 11 clean sheets. Only Brad Guzan and Bill Hamid kept more clean sheets.

Mannone made the second-most saves in MLS and had the fourth-highest save percentage in MLS.