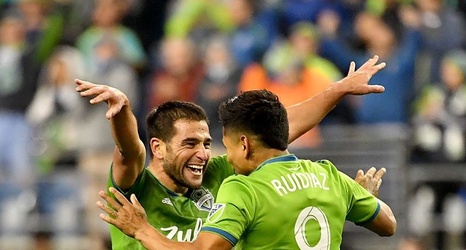 The last and only time Seattle Sounders won the MLS Cup, Nicolas Lodeiro had just arrived in the league from Argentine giants Boca Juniors.

The Uruguayan has played for some of the most well-renowned sides across the world of soccer, including Nacional in his homeland, Corinthians in Brazil, and Ajax in Europe before joining Boca. Legendary, historic teams.

The MLS incarnation of Seattle Sounders, on the other hand, was less than ten years old when Lodeiro joined, but it has been on Puget Sound where he really found his feet. Aged 27, the playmaker was entering his peak years when, with the 2016 MLS season already underway, he made the move to the Pacific Coast.