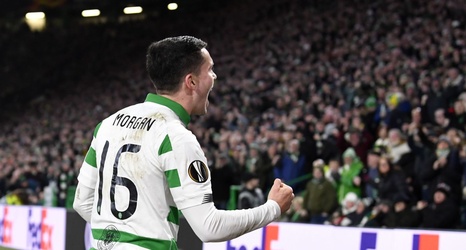 Inter Miami’s inaugural season is right around the corner and the expansion club are continuing to build their roster in January.

The latest player linked to a move to Miami is Celtic winger Lewis Morgan. At 23, Morgan has been a member of Celtic since 2018 when he was signed from St. Mirren.

Since his arrival at the Scottish Premiership club, he’s struggled to break through as a mainstay in the lineup and is now seemingly ready to find regular football elsewhere. Step up, Inter Miami.

The Scotland international attracted attention during the 2017/18 season when he scored 14 goals in 35 appearances for St.