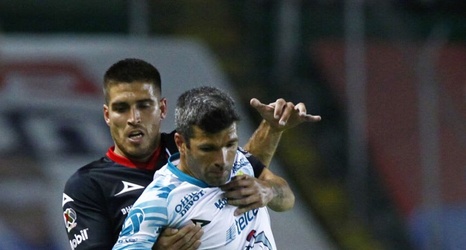 Emmanuel Gigliotti of Leon controls the ball against Ventura Alvarado of Atletico San Luis during the 4th round match between Leon and Atletico San Luis as part of the Torneo Guard1anes 2021 Liga MX at Leon Stadium on February 1, 2021 in Leon, Mexico. (Photo by Leopoldo Smith/Getty Images)

A team that has struggled on both ends of the pitch got a bit of balance on Thursday as Inter Miami officially added defender Ventura Alvarado.