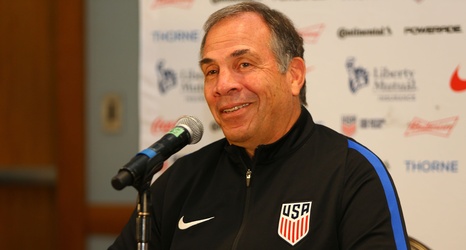 The New England Revolution are dead-last in the Eastern Conference of MLS right now, with a 3-2-8 record (11 points), the most goals allowed in the conference (31) and the worst goal differential (minus-17) in the entire league. So change is needed, and on Tuesday morning the team announced the hiring of Bruce Arena as coach and sporting director.

The Revolution dismissed coach Brad Friedel and general manager Mike Burns within the past week. Friedel had a 12-21-13 record over one-plus seasons, with his only previous head coaching experience coming in charge of the U.S. under-19 men’s national team.