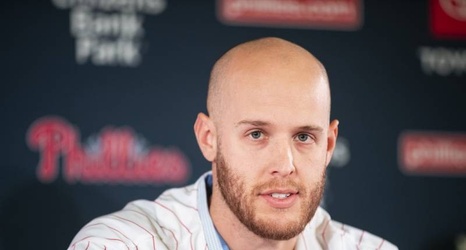 Philadelphia Phillies starting pitcher Zack Wheeler said Thursday that he circled back with the New York Mets before signing a five-year, $118 million deal with Philly in December.

And the response from New York?

"It was basically just crickets when I did," he told Greg Joyce of the New York Post.

He added that he wasn't surprised by the lack of a competitive counteroffer. "Because it's them," he said. "It's how they roll."