Yelich out for season after fracturing kneecap 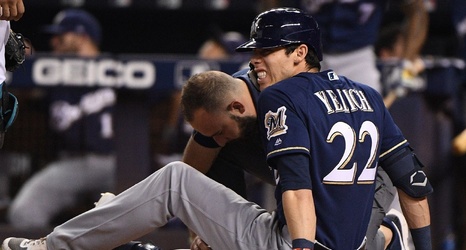 MIAMI -- Milwaukee Brewers star Christian Yelich will miss the rest of the season after fracturing his right kneecap in Tuesday's win against the Miami Marlins.

The Brewers announced the extent of the injury following a 4-3 win over the Marlins.

Yelich was injured in the top of the first inning when he fouled a pitch off his kneecap.

Yelich remained on the ground for several minutes before getting up and limping to the dugout.

Yelich began the day batting .330 with 44 home runs and 97 RBIs for the playoff-contending Brewers and led the majors in slugging percentage and OPS.