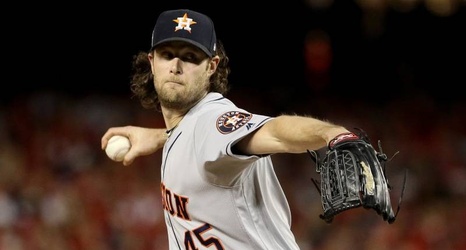 The New York Yankees are taking strides toward addressing their starting rotation, according to The Athletic's Ken Rosenthal:

"The Yankees will sit down with both [Gerrit] Cole and [Stephen] Strasburg over the next two days, sources said. Other interested teams already have met with or will meet with the two pitchers, who are widely viewed as the best starters in this year's free-agent class.

"The possibility exists that at least one of the pitchers will sign at the [winter] meetings, which begin Monday in San Diego, Strasburg's hometown.