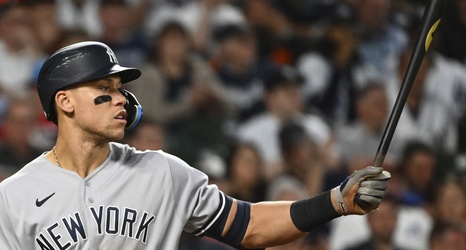 If New York Yankees outfielder Aaron Judge remains on his current trajectory this season, he reportedly may be playing his way toward a $300 million contract.

Beginning at the 2:50 mark of the video, Passan said: "If Aaron Judge stays healthy, that's headed for a contract that starts with a three."

Judge and the Yankees were unable to come to terms on a new contract before the start of the 2021 season, and at the time, Judge said he did not intend to hold contract talks during the season.