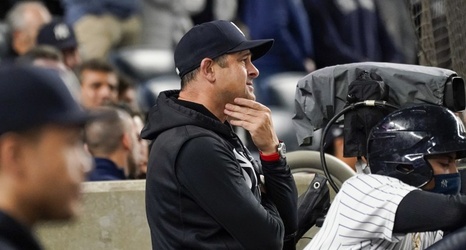 Aaron Boone heard the rumors all season. He knew fans were calling for his job and media members were questioning his decisions.

A 13-game winning streak and a trip to the AL Wild Card Game quieted the detractors for a little while, but when the New York Yankees were unceremoniously eliminated by the Boston Red Sox at Fenway Park, the volume was turned up on those rumors.

The one thing that wasn't turned up was the heat on Boone's seat. Tuesday morning, the club announced a new three-year contract for Boone with a club option for a fourth season.