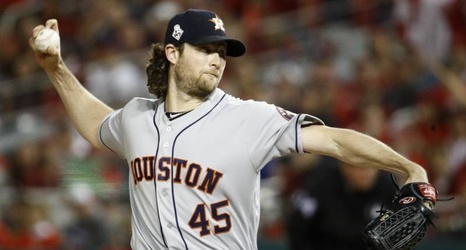 According to ESPN, Cashman said that while he was rappelling down the Landmark Building on Friday, someone taped a sign that said, "Please sign Gerrit Cole," to one of the windows:

Yankees GM Brian Cashman said someone put a "SIGN GERRIT COLE" sign in one of the windows he passed while rappelling down a building ud83dude05 (via @YESNetwork) https://t.co/Tv3dkmWYQK

Cashman confirmed that he met with both Cole and Stephen Strasburg on the West Coast recently.