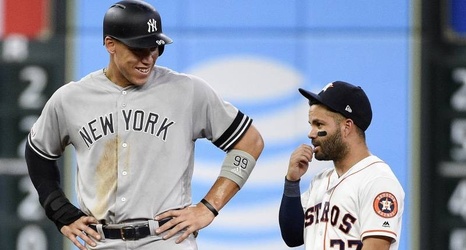 According to Michael Blinn of the New York Post, Judge's post read: "M-V-P! Nobody more deserving than you!! Congrats on an unforgettable 2017!! @josealtuve27."

Judge apparently deleted the post after Major League Baseball suspended Astros general manager Jeff Luhnow and manager AJ Hinch one year each for their role in the Astros stealing signs electronically during the 2017 regular season and playoffs and 2018 regular season.