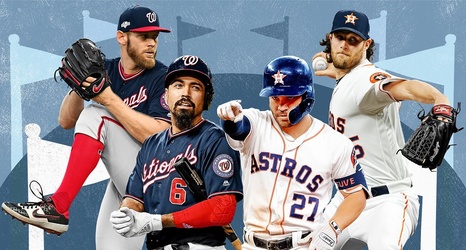 It is a sporting event so wonderful it requires two names: The World Series. The Fall Classic.

The Houston Astros got here in dramatic fashion on Jose Altuve's walk-off home run to knock out the Yankees in the American League Championship Series. The Washington Nationals have had some high drama of their own, with late rallies in the wild-card game against the Brewers and in Game 5 of the division series against the Dodgers, before they crushed the Cardinals in a four-game sweep in the NLCS.