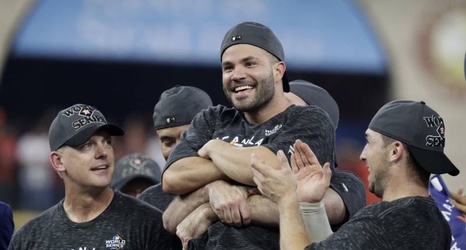 And then there were two.

After four days without an opponent following a dominant sweep over the St. Louis Cardinals, the Washington Nationals found out Saturday night that in order to claim ultimate victory for the 2019 season, they'll need to face Major League Baseball's new Goliath: the Houston Astros.

For a minute there on Saturday night, it appeared a Game 7 was in the offing. After a serviceable eight and one-thirds innings pitched by a collection of seven relievers who left eight Yankees on base throughout the day, the Astros led 4-2 and Minute Maid Park was on the verge of jubilation.