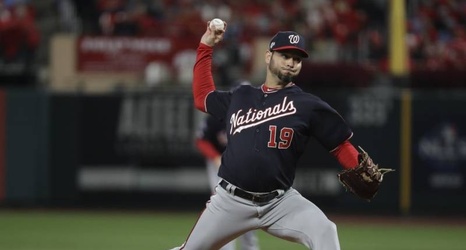 Anibal Sanchez will toe the rubber for the Washington Nationals in World Series Game 3 two weeks after his last appearance.

Washington's long layoff between the National League Championship Series and the Fall Classic afforded its hurlers to enter the best-of-seven series on full rest.

While Max Scherzer and Stephen Strasburg have received a good chunk of the postseason buzz, Sanchez deserves to be in that category as well for his two playoff outings.

To avoid a three-game deficit, Houston needs some of its top hitters to rebound from a three-run Game 2. If A.