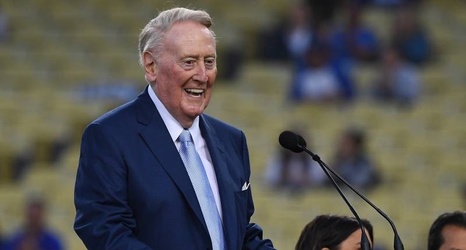 Baseball fans can own Vin Scully's first contract with the Brooklyn Dodgers.

SCP Auctions listed the contract with a starting bid of $4,000 (h/t TMZ Sports).

In a letter dated Dec. 23, 1949, Scully wrote to Dodgers president Branch Rickey, outlining his expectations upon taking over as a Dodgers' radio and television broadcaster. He asked for a salary of $100 weekly in 1950 and raises of $6,000 and $7,500 for each of the next two years.

Rickey signed the second page of the letter, certifying he agreed to the terms.