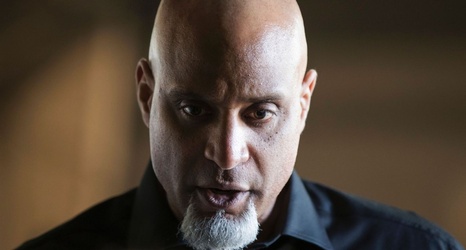 In his public statements about the evolution of the free agent market, Tony Clark, the executive director of the Major League Baseball Players Association, has taken pains not to use the word 'collusion.' For more than two years now, the MLBPA has asked agents to take notes on the free agent conversations they have with teams so it can search for patterns, smoking guns, anything that might hint at coordination among the 30 teams. Nothing actionable has been found.

It made the tone of a release issued Wednesday by the union that much more startling. Clark all but accused teams of colluding based on the words of Atlanta Braves general manager Alex Anthopoulos, who in a conference call with reporters on Tuesday had alluded to conversations with other teams about free agency and how it would affect trade discussions.