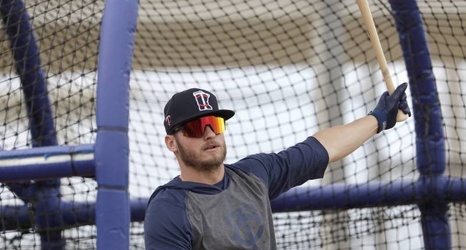 Minnesota Twins third baseman Josh Donaldson suffered right calf tightness and was forced to leave his team's game against the Cleveland Indians on Friday, per Dan Hayes of The Athletic.

Donald hit a first-inning single and came around to score after an Eddie Rosario double. He played in the field during the first and second frames, but Ehire Adrianza pinch-hit for Donaldson in the bottom of the second.

Minnesota signed Donaldson to a four-year deal prior to the 2020 campaign. He has gone 4-of-22 with a home run, a pair of RBI and three runs in seven games.