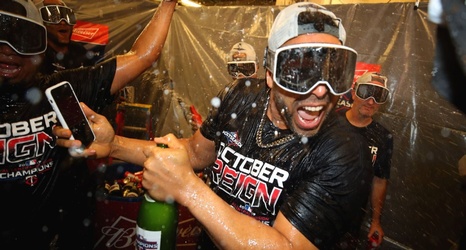 MINNEAPOLIS -- While the New York Yankees doused themselves with cheap drinks down the hall in the Target Field basement, the Minnesota Twins were left to wonder how 101 wins, 307 homers and so much summer fun could lead to such an abrupt autumn exit.

Minnesota's major league record streak of 16 straight postseason losses, with 13 of those defeats exacted by the Yankees, will gnaw at the franchise and the fan base for yet another year.

For the free agents to be, the 2019 regular season might well be the highlight of their time in Minnesota rather than the start of a dynastic run.