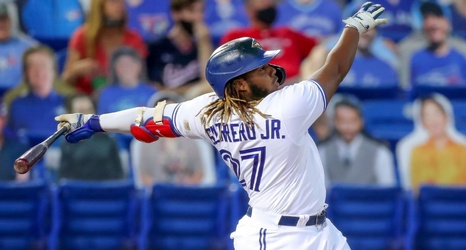 Guerrero launched three home runs and drove in seven runs in the Toronto Blue Jays' 9-5 victory over the Washington Nationals. Two were off Max Scherzer, one of which was a laser-beam grand slam in the third inning that traveled 415 feet and had a 108-mph exit velocity.

That wasn't even his hardest or farthest home run of the night. In the fifth inning off Scherzer, Guerrero crushed one at 110.