'They challenge each other': Walker Buehler and Clayton Kershaw look to pitch Dodgers into NLCS 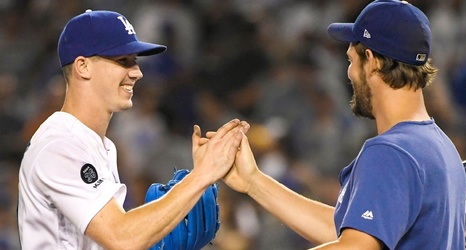 LOS ANGELES -- Walker Buehler's bravado is as discernible as it is distinguished -- but his first two encounters with Clayton Kershaw made him uncommonly uneasy.

The first took place in the summer of 2015, shortly after the Los Angeles Dodgers selected him in the first round, when Buehler paid his first visit to Dodger Stadium. It just so happened to coincide with Kershaw's start day. Buehler already knew about Kershaw's uncompromising routine. He made it a point to distance himself, but he still felt consumed by it.

"I remember not wanting to be in the way," Buehler said, "and feeling like I was in the way, even though I was on the other end of the dugout.