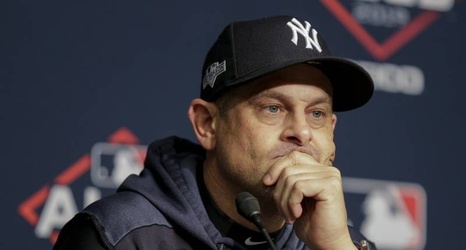 Give the Yankees credit for their strong push for Gerrit Cole and Stephen Strasburg this week, despite the likelihood that neither will end up in New York. A large swath of Yankees fans have turned against Hal Steinbrenner, somehow deciding he's a cheapskate, but the club's face-to-face meetings with both mega free agents say otherwise. The Yankees are all-in; there's no reason to think they're bluffing.

Why else would GM Brian Cashman have flown to the West Coast and back in two days if he wasn't sincere about selling the Yankees' brand? He pitched all the accessories that come with baseball in the Bronx—big-market energy, the American's League's top-drawing team, defending AL East champs, no losing seasons since 1992 and the current core that's increased its win total three straight years, topping out at 103 in 2019.