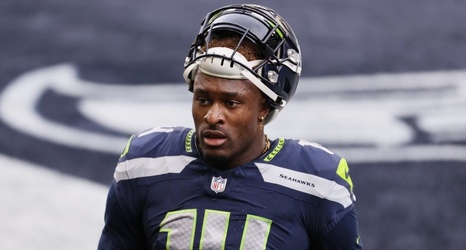 DK Metcalf is headed to Denver.

No, you didn't miss any trade news. The Seattle Seahawks wide receiver is among the participants in the MLB All-Star Celebrity Softball Game on July 11.

The league announced the participants on Monday.

Rapper and actor Quavo is also slated to participate, as is WWE star The Miz. The Miz was rumored to have suffered an ACL tear at Wrestlemania Backlash in May, but he told Justin Barrasso of Sports Illustrated that he didn't plan on missing nine months with an injury.

In addition to athletes from other sports, including San Antonio Spurs guard Derrick White and Olympic softball star Jennie Finch, there will be a set of former MLB stars in CC Sabathia, Hunter Pence, Larry Walker and Vinny Castilla.