Shawn Green and the greatest offensive game in MLB history 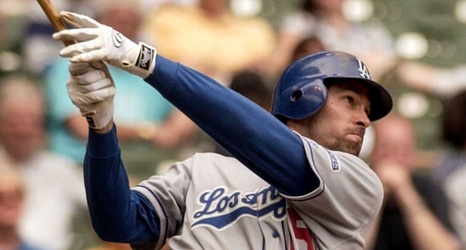 The greatest performance in MLB history happened 18 years ago today.

The Los Angeles Dodgers were facing the Milwaukee Brewers in the finale of a three-game series. Dodgers right fielder Shawn Green, a two-time All-Star, was struggling in the early going of the 2002 season, hitting just .231 through the first 42 games.

Los Angeles lost the opener in Milwaukee 8-6, but Green broke out of his slump with a pair of solo home runs. The next day, Green hit a triple in the Dodgers' 1-0 win, but the best was yet to come.