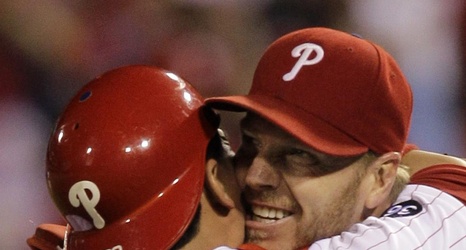 Friday, May 29, marks the 10-year anniversary of Philadelphia Phillies right-hander Roy Halladay's perfect game against the Florida Marlins. Later that year, Halladay tossed a no-hitter in Game 1 of the division series against the Cincinnati Reds.

To honor the occasion, ESPN will air the documentary Imperfect, which recounts Halladay's impressive on-field accomplishments, his struggles with painkiller addiction and his untimely death in a plane crash in 2017.

As we remember Halladay, let's look back at 10 of the greatest, most legendary pitching performances in MLB playoff history in chronological order.