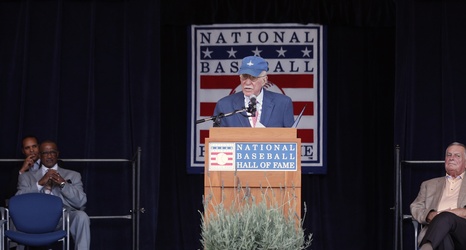 Famed writer and essayist Roger Angell, who covered baseball for the New Yorker for six decades, has died at the age of 101.

Angell began contributing to the New Yorker in 1944. He became a fiction editor in 1956 and started covering sports in 1962.

Angell was a versatile, multi-faceted writer whose talents allowed him to astutely cover other sports (tennis, hockey, Olympics, etc.) and an assortment of non-sports topics (film reviews, New Yorker Notes and Comments pieces).