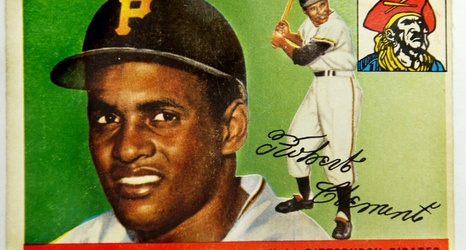 A 1955 Topps Roberto Clemente rookie card sold for over $1 million at auction this week.

According to TMZ Sports, PWCC Marketplace officials said the card sold for $1.05 million, making it the second-most-valuable Clemente card ever, behind only a card that sold for $1.107 million previously.

The Clemente card that sold this week was graded a 9 by PSA, making it one of the most pristine examples of the card known to exist.

Clemente is one of the most iconic players in baseball history for myriad reasons, including his on-field performance.