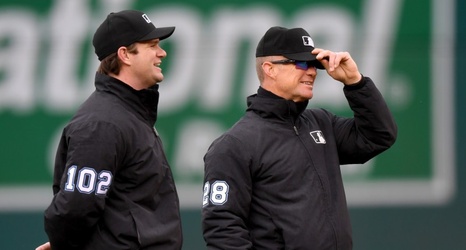 Umpires reportedly will begin to "repeatedly and randomly check pitchers for foreign substances" to curb the use of illicit advantages on the mound, according to ESPN's Buster Olney.

There could be as many as eight or 10 checks during the course of a game, and the initiative could begin within two weeks.

One of the really interesting details: MLB has essentially built specific foreign-substance scouting reports on pitchers throughout the sport, using video -- some sent in by opposing players. Such as "On his belt, left side." One penalty being discussed: 10 days without pay.