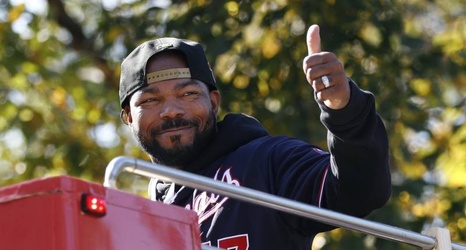 The Washington Nationals and utilityman Howie Kendrick agreed to a one-year, $6.25 million contract Friday, according to Bob Nightengale of USA Today.

Kendrick played a huge role in the first World Series title in Nats history last season, as he was named the National League Championship Series MVP after hitting .333 with four RBI and then hit .280 with one home run and three RBI in the World Series.

The 36-year-old has spent parts of the past three seasons with the Nationals after previous stints as a member of the Los Angeles Angels, Los Angeles Dodgers and Philadelphia Phillies.