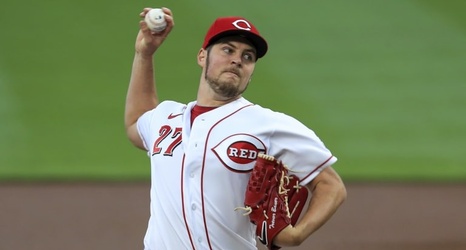 Trevor Bauer isn't pitching against the Houston Astros on Saturday, but that's not stopping the Cincinnati Reds ace from trolling them.

Bauer took the mound for his start against the Chicago White Sox wearing cleats featuring trash cans in an apparent nod to the Astros' sign-stealing scandal.

This isn't the first time Bauer has attempted to use his cleats to troll the Astros. Last month, Bauer attempted to wear cleats that said "FREE JOE KELLY," along with a superimposed meme of the Los Angeles Dodgers reliever mocking Astros players.