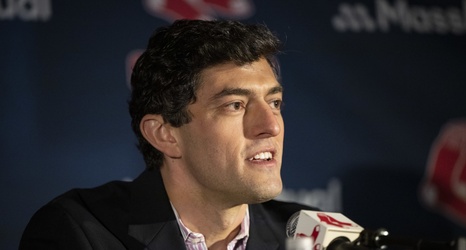 The Boston Red Sox's annual Winter Weekend event kicked off on Friday, but it wasn't a festive event for members of the front office after a frustrating offseason for the team's fans.

Per Alex Speier of the Boston Globe, Red Sox chief baseball officer Chaim Bloom received a loud chorus of boos from the crowd in attendance that forced him to pause his speech multiple times.

Bloom also explained to the fans why the Red Sox were in a better position this year to make a long-term commitment to Rafael Devers than they were three years ago when Mookie Betts was traded to the Los Angeles Dodgers.