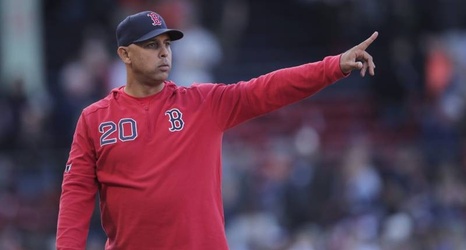 The Boston Red Sox are reportedly unlikely to fire manager Alex Cora before the conclusion of Major League Baseball's investigation into the sign-stealing methods they used in 2018, according to Dan Shaughnessy of the Boston Globe.

After Houston Astros general manager Jeff Luhnow and manager AJ Hinch were suspended one year by MLB on Monday for similar sign-stealing practices in 2017 and 2018, the Astros fired them both.

Per ESPN's Jeff Passan, Cora is expected to receive harsh punishment from MLB as well once the investigation is over.