Re-Drafting the 2013 MLB Draft: Aaron Judge or Cody Bellinger at No. 1? 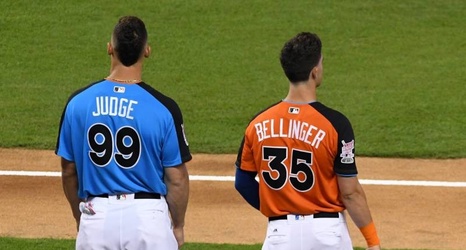 Bryant went No. 2 overall after winning the Golden Spikes Award with a dominant junior season at the University of San Diego, Judge was the No. 32 overall pick out of Fresno State, and Bellinger slid all the way to the fourth round as an Arizona prep standout.

Where would those guys have gone in the 2013 MLB draft if teams had the benefit of hindsight? That's what we set out to answer.

Any player who signed as part of the 2013 class was eligible to be included in the re-draft, which includes a revised selection and breakdown for each of the 27 first-round picks.