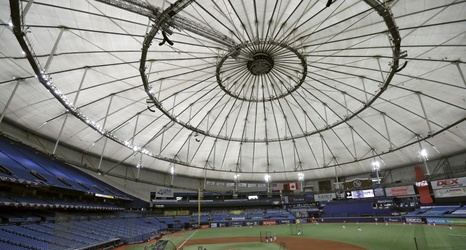 While the Tampa Bay Rays are in first place in the American League East on the field, there is reportedly plenty of turmoil in the ownership group off it.

On Monday, Josh Solomon and Emily L. Mahoney of the Tampa Bay Times reported a group of the team's minority owners filed a lawsuit against principal owner Stuart Sternberg. The suit is seeking more than $30,000 in damages and for his company to be expelled as general partner.

The lawsuit says that Sternberg has schemed relentlessly to acquire more control of the Rays and in 2014 began secret negotiations to sell an interest in the team to Montreal investors.