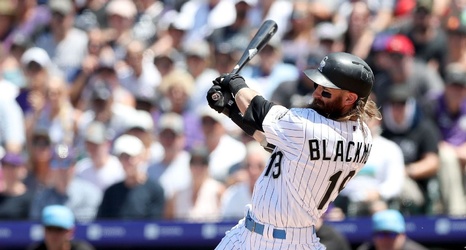 DENVER -- The San Diego Padres and Colorado Rockies set a modern-era record by combining for 92 runs in a four-game series, with San Diego pitcher Matt Strahm drawing a pinch-hit, bases-loaded walk in the ninth inning to rally past Colorado 14-13 Sunday. The all-time record is 112 runs between the Cleveland Blues and St. Louis Browns of the American Association in 1887.

It was just another wacky day at Coors Field, especially in this split series where the Rockies outscored the Padres 48-44 while the teams combined for 131 hits. Colorado's Charlie Blackmon became the first player since at 1900 with 15 hits in a four-game series.