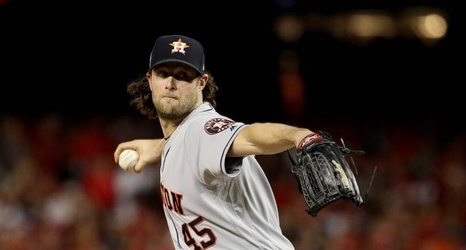 The fifth game of the 2019 World Series was supposed to be an epic, earth-rumbling rematch between aces Gerrit Cole and Max Scherzer.

But once the Washington Nationals had to make Scherzer a late scratch because of neck spasms, Game 5 played out precisely as expected. Cole pitched brilliantly and the Houston Astros rolled to a 3-2 series lead with an effortless 7-1 victory at Nationals Park.