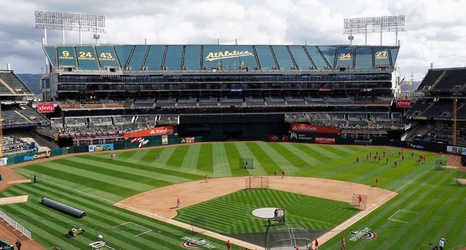 The Oakland Athletics will start exploring the possibility of relocating with the blessing of Major League Baseball, a move that could put pressure on local government officials to greenlight a new stadium project that has spent years in limbo, sources familiar with the situation told ESPN.

The A's, who have played in Oakland since 1968, have prioritized building a waterfront stadium in downtown Oakland at the Howard Terminal site. But after years of failed stadium plans -- and weeks after the organization asked for the city council to vote on the $12 billion mixed-use development before its late-July summer recess -- the long-anticipated specter of the A's looking into relocation on Tuesday became a reality.