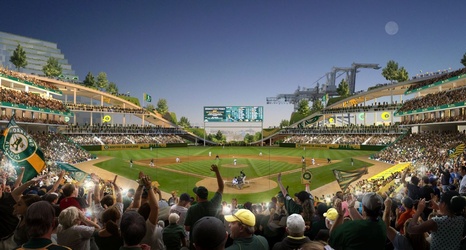 Oakland City Council members voted 6-1 in favor of a nonbinding term sheet for the Oakland Athletics' proposed waterfront ballpark Tuesday, but the session ended with confusion as to whether negotiations between the city and the team would continue.

A's president Dave Kaval stated during the session that the new term sheet, consisting of city amendments, "is not a business partnership that works for us," echoing his sentiments from Monday when he told ESPN that a "yes" vote under the city's terms was "akin to a 'no' vote." Kaval expressed concern that some of the amendments -- covering affordable housing and anti-displacement protections, among other items -- consisted of language that the A's were seeing for the first time and said the team was "still digesting" some of them.