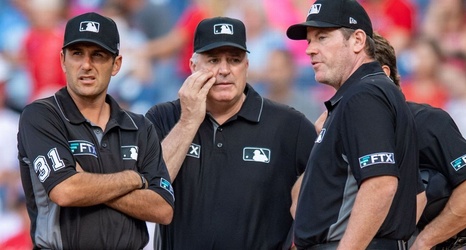 The rule has been a topic around the game after multiple video reviews have resulted in overturned out calls at home plate recently, including in Tuesday's game between the Cleveland Guardians and Detroit Tigers.

The statement, obtained by ESPN Wednesday, said that "it is the catcher's responsibility not to position himself so as to block home plate without the ball.

"This rule change was adopted after Buster Posey was involved in a home plate collision and suffered a severe leg injury.