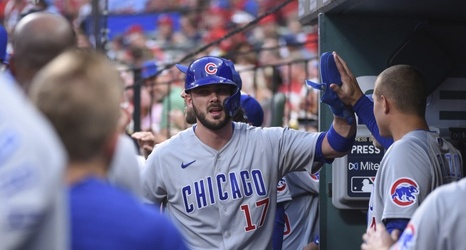 The Chicago Cubs could be a swing team when it comes to the trade assets they have and which teams they might deal said assets to ahead of the July 30 deadline.

Closer Craig Kimbrel will surely be in high demand as arguably the best reliever on the market. Shortstop Javier Baez is a defensive whiz and has a .932 OPS in the last four weeks. He will be a free agent at the end of the season. The same goes for first baseman Anthony Rizzo, who could generate interest if he's made available.

However, all eyes figure to be on Kris Bryant, a former National League MVP who might be playing his final games in a Cubs uniform.