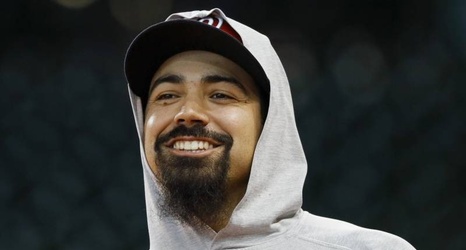 The Texas Rangers are reportedly approaching free agency aggressively after finishing 2019 at 78-84.

According to Evan Grant of the Dallas Morning News, Rangers general manager Jon Daniels met one of the most sought-after free agents on the market in Houston over the weekend:

"According to three major league sources, Daniels headed a contingent of Rangers officials who met face-to-face with free-agent third baseman Anthony Rendon and his representative Scott Boras in Houston Sunday. While no contract offer was made, according to the sources, the Rangers were there to make a presentation indicating their interest in the top position player on the free-agent market.