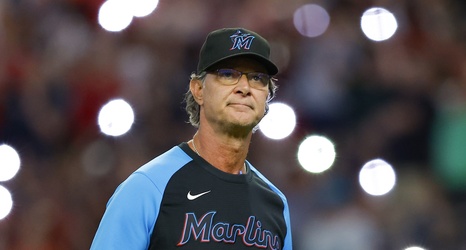 Don Mattingly's tenure as manager of the Miami Marlins is coming to an end.

Per Jon Heyman of the New York Post, Mattingly told the team he will step down at the end of this season with the blessing of Marlins owner Bruce Sherman and general manager Kim Ng.

Heyman noted the decision for Mattingly to leave is considered mutual and he believes it's time for a new voice in the locker room.

Mattingly has been manager of the Marlins since 2016, going 437-583 in seven seasons. He led Miami to the postseason just once, during the pandemic-shortened 2020 campaign in which the team finished second in the NL East.