MLB Pitchers Who Are Due for a No-Hitter 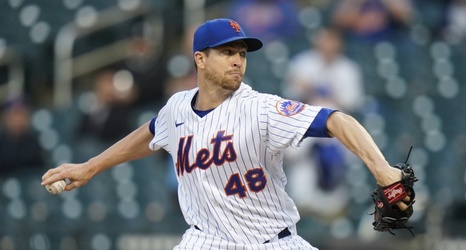 Because 2021 is proving to be the "Year of the No-Hitter" in Major League Baseball, it's only fair to wonder which pitcher might be the next to throw one.

With the league-wide batting average at an all-time-low-tying .236, it could be anyone who tosses what would be the record-tying seventh no-hitter of the season. But even knowing that all-time greats like Pedro Martinez and Roger Clemens never threw a no-hitter, there are some pitchers who just plain seem due for one.

So, we've spotlighted our top eight candidates for MLB's next no-no.