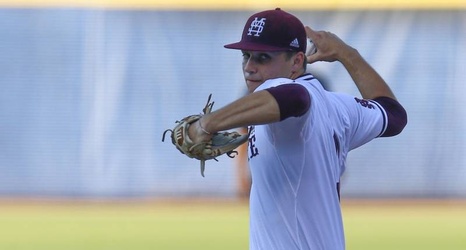 In a typical year for the MLB draft, sleeper prospects would be easy to narrow down. By now, everyone would have some idea what shape the first round would take and which players were slowly making moves up the rankings thanks to strong late-season performances.

Since 2020 is anything but a typical year in every respect, the draft could be more of a crapshoot than normal. For starters, we know there will only be five rounds, and bonus money for all 30 teams has been significantly altered because of the shortened event.

The top of the draft seems pretty well set, with Arizona State first baseman Spencer Torkelson, Vanderbilt outfielder Austin Martin and Texas A&M left-hander Asa Lacy likely to be the first three players off the board.